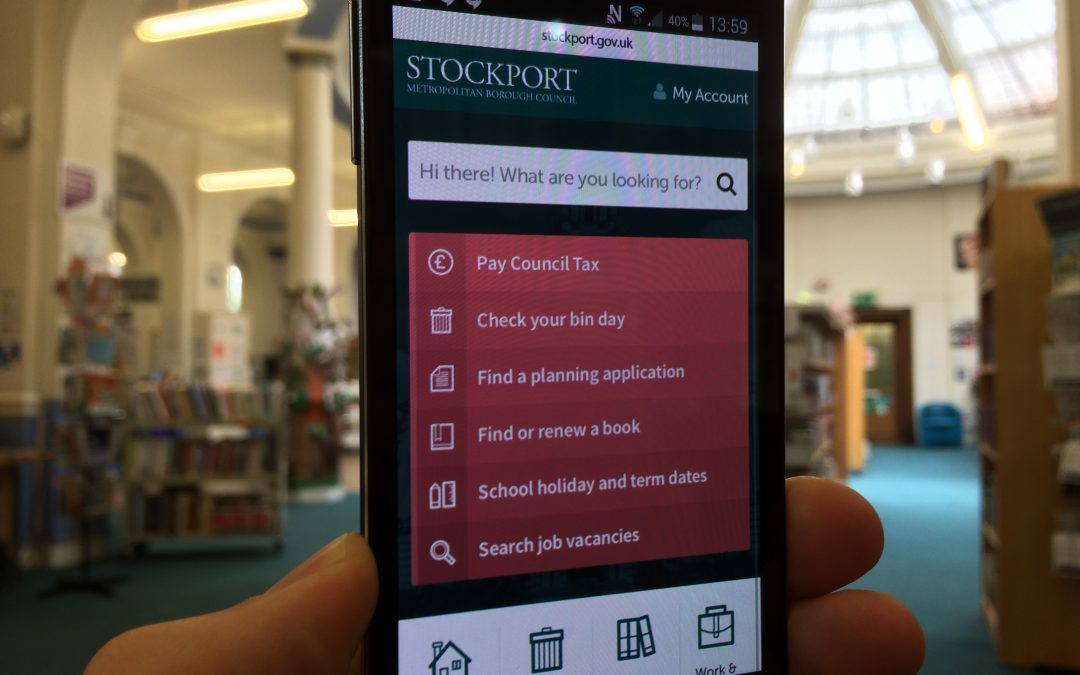 The idea of catering for user needs is something that has been placed at the heart of each of the Digital by Design work streams.

As a User Experience (UX) Designer, I am focussed on making sure that the user remains at the core of everything that we create and make available to the public. We hope that by concentrating on user needs from the earliest opportunity, the idea will become intrinsically part of the Council’s online services in the future.

One of the various different work streams of the Digital by Design project is the creation of a ‘Dashboard’, which allows users to easily access personalised information, such as Council Tax, bin collections and planning applications.

The UX team have produced initial designs, which form the basis of the tentatively titled ‘Your Hub’ section of the Stockport Council website.

The initial stages of the design process were based upon the assumptions that were drawn up during the inception period. These assumptions formed the basis of a series of fictional personas, which provided us with a succession of character traits that could potentially be relevant to real world users.

Due to the fact that these personas were based upon assumptions, it was important to actually validate them and ensure that we were on the right track. In order to understand whether we are heading in the correct direction, we must continually undertake user testing.

User testing is a vital part of a UX designer’s role, as we aim to gradually develop the personas over time reflecting the traits of the people that we meet. It also allows us to observe people interacting with our designs, which can help to highlight potential flaws and pain points as well as areas of positivity.

During the testing, we ask the user to continually discuss their experience as they go. This is vital so that we gain as much feedback as possible.

There are many different ways of user testing and we use a technique called ‘guerrilla testing’. This means that we visit a location and interview any willing participants. Guerrilla testing allows us to undertake quick, low-cost usability testing without the need for a lab environment or pre-selected users.

Guerrilla testing is a very powerful technique that gives us access to a wide variety of different people, who all have different perceptions and experiences of the Council’s online services.

We kicked off the user testing process on 17th June, with visits to Rhode Island Coffee Shop and Stockport Central Library, to gain feedback from the public. The users provided some fascinating insights and gave us plenty of food for thought. One retired gentleman that we spoke to had never used a touchscreen mobile phone and his positive experiences with ‘YourHub’ reinforced the design concepts that we created.

The results of the user testing provide a footing upon which we can continue to iterate on our designs. Common themes that appeared from the testing can be taken into account and incorporated into future designs so that we can further meet the needs of users. This is a vital practice if we are to continue to regard ourselves as a user focussed design team.

The magic user testing number is five. Jakob Nielsen, the Godfather of UX, says that interviewing six or more people blurs the results you receive and reduces the usefulness of the information. Nielsen claims that; “There is no real need to keep observing the same thing multiple times… After the fifth user, you are wasting your time by observing the same findings repeatedly but not learning much new.”