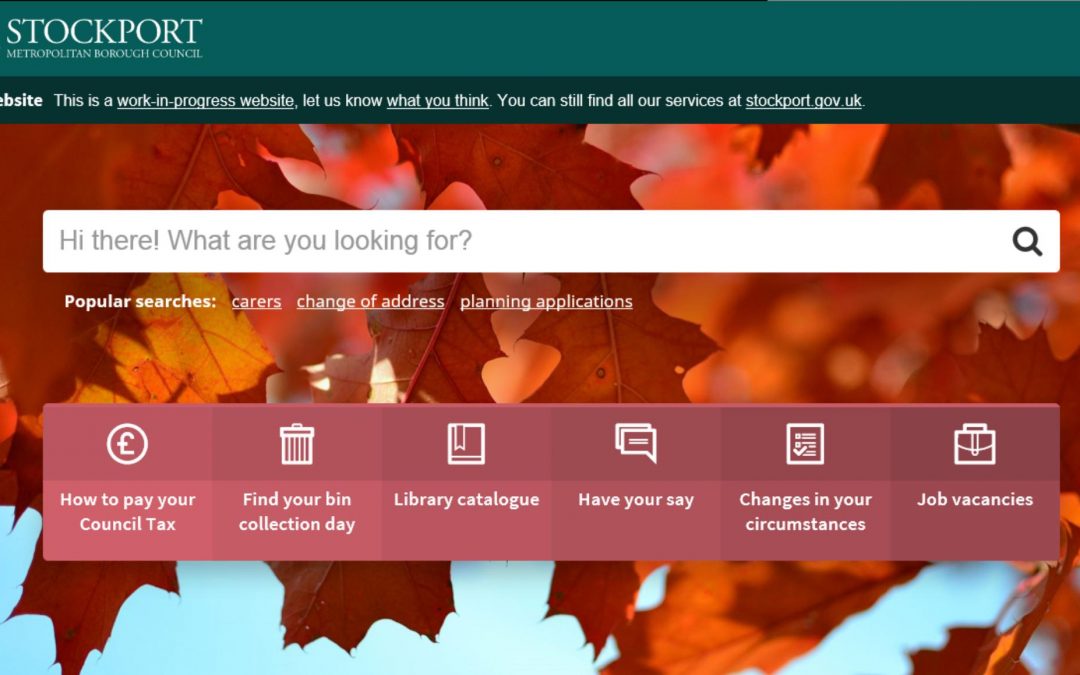 Stockport’s Digital by Design programme is leading by example in local government and publishing our content management software as Open Source. This is the code which runs our mobile first, citizen focussed, ‘information, advice and guidance’ site, beta.stockport.gov.uk. This means the source code is licensed to allow others the rights to study, change and distribute the software to anyone and for any purpose.

Open source software supports a large proportion of the computer systems we use today. Most of the wifi access points we use at home, as well as Android phones, run the open source operating system Linux. Social media, search and cloud companies such as Facebook, Google and Amazon have built their platforms on top of open source software components. Even Microsoft, traditionally a publisher of proprietary software such as Windows and Office, are now publishing parts of their software development toolchain as open source.

Open source software works because software is a form of computer data, so it is very cheap to make copies. There is no more cost to making a digital copy of a computer program than copying an image or a music file. Although there is a lot of software which falls under proprietary licensing agreements, there has been a movement to grant open source access to computer code since the early 1980s.

Richard Stallman, the originator of the Free Software Movement, was one of the first to see the benefits of sharing source code back in the 1970s:

“This spirit of building up gigantic, complicated programs and then exchanging them with other people, fuels a spirit of free-wheeling cooperation. The idea is that you can give a copy of any program you have to someone who wants a copy of it. We can share programs to whomever wants to use them, they are human knowledge.”

The communities which grow around open source not only allow us to make useful services, but provide others with the platform to make more. It allows organisations building software to exchange software source code and benefit from functionality built by others.

Commercial organisations will often keep their source code a secret and place it under a restrictive licence because it can give them a competitive advantage. However there is an opportunity to make the software Government builds open source. It can benefit other parts of government and the wider software economy. Countries such as Ecuador have embraced this and require that all software produced by government is open source. Government Digital Service was formed in response to Martha Lane Fox ‘Revolution not evolution’ report in 2010.

The Government Digital Service, part of the Cabinet Office, has led this effort in the the UK. They seized the same opportunity and have published a variety of components and tools as open source. They describe why in one of their design principles:

We are publishing our code on the popular Github website

The majority of the software we are open sourcing is specific to our content management use case, and we do not have the resources to provide formal support to users of our code. However, we hope that by ‘coding in the open’ we can inspire and support other councils and the wider software community to share more and work more closely together, in our mutual benefit.