MVP: Some common misconceptions and confusions 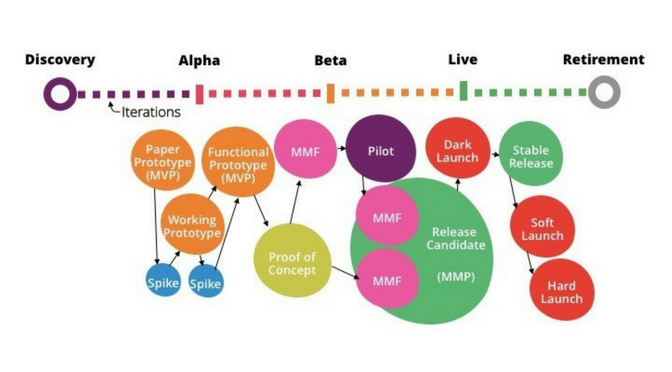 In Part 1 of today’s blog I looked at using Lean start-up to create an MVP. In this second part I look at some of the common misconceptions and confusions surrounding the MVP.

A common misconception is that an MVP consists of the minimum set of features deemed necessary for a working software product, with the goal of bringing it to market quickly. This is incorrect as there is an over-emphasis on speedy delivery and time to market, as opposed to focusing on customer and market acceptance. Rapid development is important, but only to the extent that learning and research objectives can be obtained quickly.

“If you don’t intend to learn from the MVP, it is not an MVP it is simply a release.”

MVP should not be confused with…

How do all these fit together…

See the illustration at the top of the page.

If none of these terms still describe what you’re doing, then check out this blog by Herik Kniberg – he describes other terms such as Earliest Testable Product (ETP), Earliest Usable Product (EUP) and Earliest Lovable Product (ELP).

Best of luck testing your ideas