Two heads are better than one 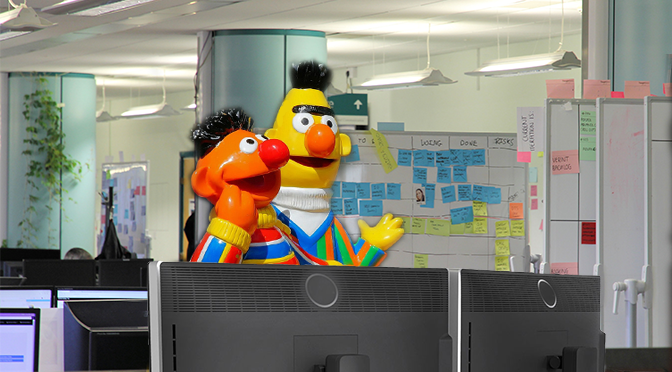 In a nutshell pairing is an agile software development technique in which two developers work together on a task at a single location, sharing a desk, PC, monitors and often keyboard/mouse. You do get your own chair and coffee mug.

If this technique is new to you, it’s sometimes a difficult transition from working on your own and it’s never 100% perfect, but the benefits definitely outweigh the drawbacks.

What are the benefits?

All in all, working as a pair in Stockport’s software development team has a lot to recommend it. If you’d like to join us we do have vacancies for software developers so please take a look at the job spec or get in touch if you have any questions or would like to find out about other opportunities.