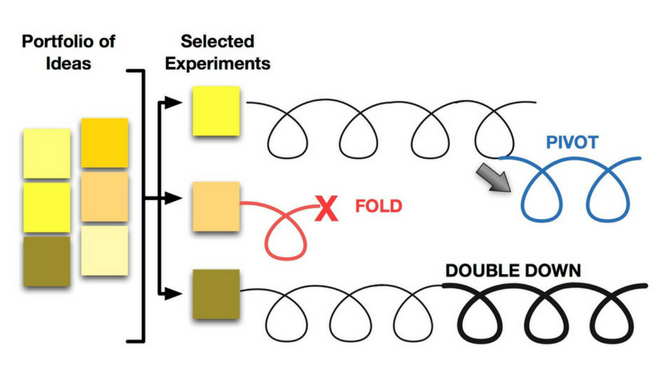 According to the decades-old formula, you write a business case, pitch it to investors or a decision maker, assemble a team, deliver some capabilities/features/functionality and start using it. And somewhere in this sequence of events, you’ll probably suffer a fatal setback.

The odds are not with you…

According to the ROI Institute, the top 5 reasons why projects fail to deliver promised ROI are:

If you’ve been delivering projects and products for a while you’ve probably come across the famous tree swing cartoon. For me, it is the epitome of the top 5 reasons why projects fail:

Did you know that the history of the famous tree swing analogy goes back to the 1960s in the UK – so project failure is not a new thing; we’ve literally been failing for decades.

Below is an extract from the University of London Computer Centre from March 1973. What have we learned?

“Would you rather know that something is going to fail sooner or wait until you’ve spent several months or years, and thousands or millions of pounds of investment?”

The alternative?… Lean Start-up is the answer

and iterative design over traditional “big design up front” development.

Rather than engaging in months of planning and research, accept that all you have on day one is a series of untested hypotheses – basically, good guesses.

So instead of writing an intricate plan, requirements specification and business case, use Lean start-up methodologies; summarise your hypotheses and then test your hypothesis using a Minimum Viable Product (MVP).

“The Minimum Viable Product (MVP) is the version of a product which enables the maximum amount of validated learning about customers with the least effort.”

The term was coined and defined by Frank Robinson and popularised by Steve Blank, and Eric Ries in in the book ‘The Lean Start-up’ (Sept 2011). An MVP helps you deliver value quicker by building the smallest thing possible to get validated learning with real customers, then iterate on it. Repeat, repeat, repeat…

In Part 2 of this blog, to be published later today, I look at some of the common misconceptions and confusions surrounding the MVP.